We're passionate
about transforming
relationships to be
life-giving.
We craft tools for connecting
with ourselves, God and others.
We run workshops where we risk
becoming our authentic selves.

Relating.com is a resource for forming life-giving relationships. For over ten years, we’ve offered courses and materials for going deeper in relationship with ourselves, God and others. Our team is led by relationship mentor, Sergio Milandri, and based in Cape Town, South Africa. We work with a variety of communities – from young adults to the elderly, singles to couples, churches to clinics – in the hope that effective relating skills will touch our communities – to bring meaning, growth and joy.

Our vision is to help transform relationships to be life-giving and to empower individuals to be their true selves.  By understanding ourselves and how we relate we can grow into wholeness. This process is facilitated by looking into our past to find out what moulded us, as well as by looking forward to our future to see what drives us.

We work with a variety of communities – from young adults to the elderly, singles to couples, churches to clinics – in the hope that effective relating skills will touch our communities – to bring meaning, growth and joy.

We are a centre dedicated to deepening relationships and the formation of our human identity rooted in Christ. We are passionate about expanding our inner awareness and understanding the union between the physical and spiritual parts of ourselves. 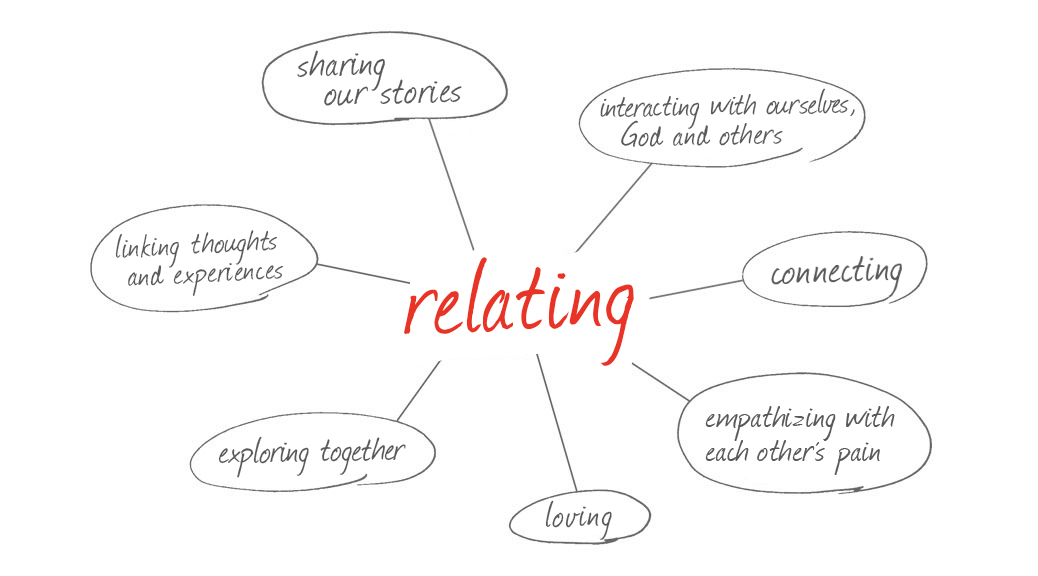 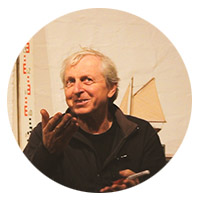 Sergio Milandri is a writer, speaker, and the director at relating.com

He has a Masters in Personal Formation and has been a relationship mentor in South Africa for over 25 years. Sergio is a passionate Italian who has a heart for teaching relational skills in addition to mental education. He is the father of five children. Sergio loves working with his hands, enjoying cappuccinos and the colour red. 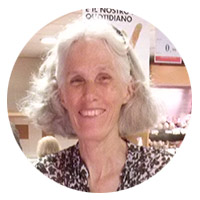 Elizabeth Milandri is a writer and editor at relating.com

She was raised in Johannesburg and studied Education at Wits University. The garden at Sans Pareil in Hout Bay is one of her favourite places to be and the nurture, patience and creativity she puts into it represents the life-giving nature of authentic inner work. Elizabeth is often full of wonder at God’s goodness in this relational ministry. Her intuitive sense and loving personal touches have shaped the community profoundly. 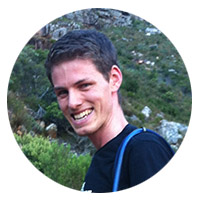 Carlo Milandri is a designer and team coordinator at relating.com

He has been with relating.com since early 2014, and as one of Sergio and Elizabeth’s five children he grew up with exposure to relational discussions. He is trained as a visual communicator and enjoys the unison of life-giving learnings and graphic messaging. He and his wife, Laura, live in Hout Bay and enjoy art, cycling and making meals. 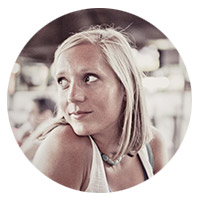 Ali Lauren Melck is a content manager and an editor at relating.com

She develops written and audio publications. Originally from Chicago, she has been based in Cape Town since 2006. Having studied Studio Art at Wheaton College, she now has a passion to integrate the skill of visual language with the developing field of personal formation. Ali enjoys living intentionally through reflective writing, oil painting, creating a home and exploring the Cape, along with her husband, Marcus, and their vintage motorcycle.

Sergio was born in Italy in 1950 and came to South Africa at the age of four. As an immigrant he experienced prejudice in a culture that had little tolerance for foreigners. This resulted in his befriending people more on the fringes of society. His desire to protect the vulnerable has motivated his work among the relationally wounded.

In 1987 Sergio left Civil Engineering to pursue his interest in spirituality and relational formation. He became a spiritual director, joining Archbishop Desmond Tutu’s team which was set up to support those dealing with stress and conflict. Here he did developmental work in relationship spirituality, contemplative living and meditation. 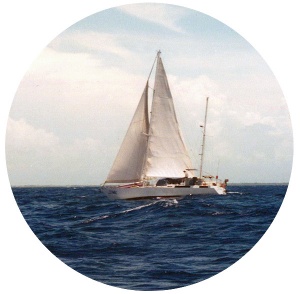 In 1995 Sergio and his family sailed westward from Cape Town. Along the way he continued to run courses on Spirituality. While in the United States Sergio completed his Masters Degree, focusing on The Formation of Personhood, and exploring the interaction between spirituality and conflict.

Since returning to South Africa in 2000, he has continued to develop and conduct practical spirituality courses at retreat centres, colleges and addiction clinics. He and his wife, Elizabeth, established the Sans Pareil Retreat Centre on their property in Hout Bay, Cape Town.

As a relationship mentor for over 25 years, Sergio has done considerable work in expanding our inner awareness and understanding of the union between the physical and spiritual parts of ourselves. As a man who is rooted in God, he is passionate about restoring integrity, dignity and fulfilment to both men and women. Since 2001, this work has found its expression through relating.com, the company that Sergio founded to create ‘tools for real relationships’.

Sergio has been preaching, leading retreats and facilitating workshops on Spiritual Formation with churches since 1985.

Sergio ran spirituality programmes at Cape addiction clinics between 2007 and 2016.

Sergio has taught in the academic sector since 1982. He taught Life Maps at Cape Town schools between 1994 and 2014 – International School of Hout Bay, International School of Wynberg, Westerford High, Wynberg High, Bishops and Fish Hoek High. Between 2006 and 2015 he lectured in Christian Spirituality, Personal Formation, Psychology and Spirituality, and Faith Development at Cornerstone Institute.

Get Reflections via Email